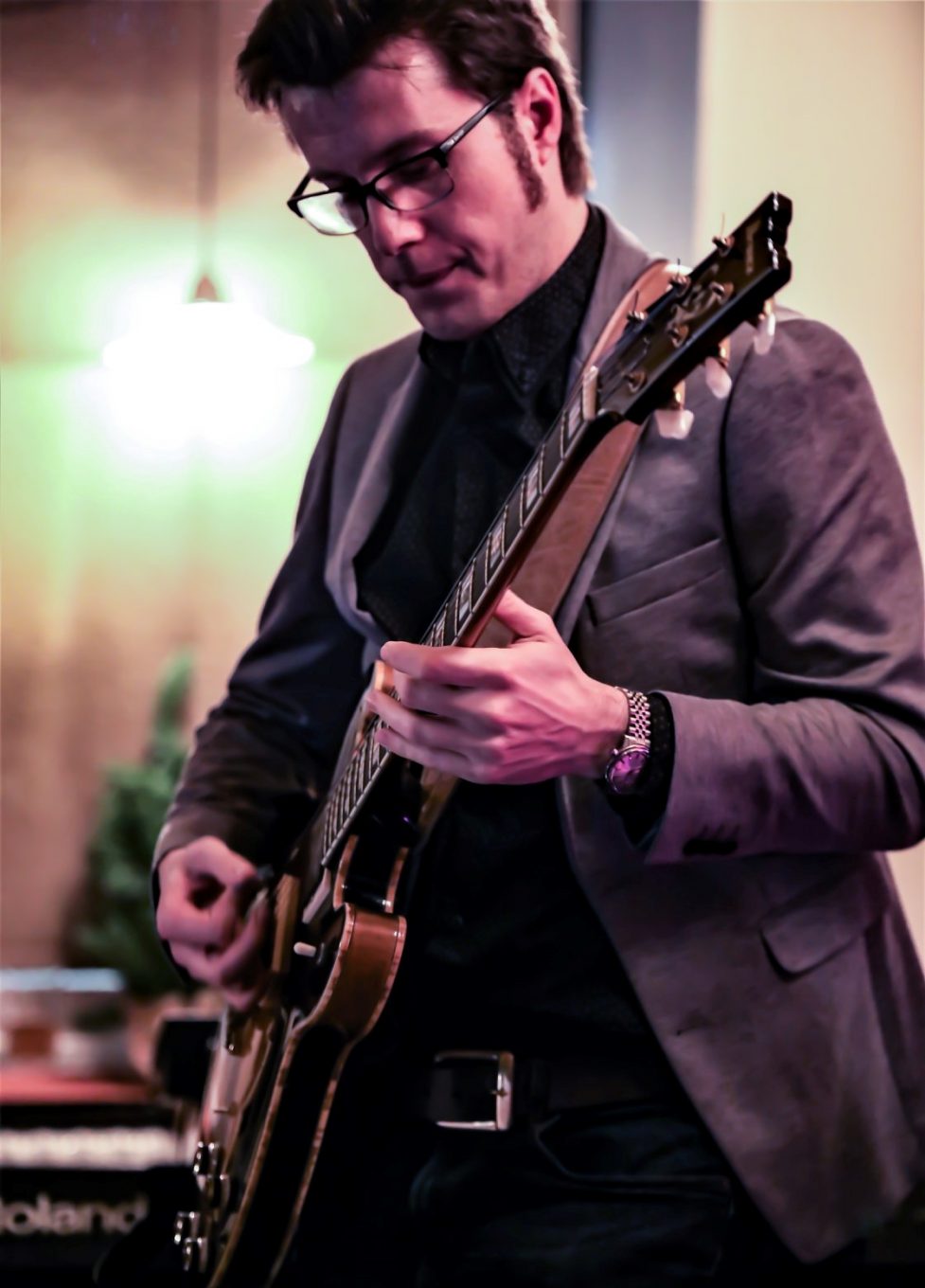 Lee Jones is a British jazz guitarist and composer, combining influences from modern jazz, fusion, blues, avant-garde and rock styles. Lee has regularly performed throughout the UK scene and worked alongside Larry Coryell, Martin Taylor and Dennis Rollins. Since graduating from the Royal Birmingham Conservatoire Jazz Course in 2007, he has released six solo albums with former WEA producer Simon Tittley, featured on Jazz FM radio and in 2019 completed a PhD in music composition at the University of Salford, Manchester. Lee recently relocated to Melbourne and tonight will be his debut performance in Australia with the quintet, playing originals from Lee’s critically reviewed three ensemble albums, Swish, Songs from the 13th Hour and After the Pier. Lee has a new eBook and solo album scheduled for release in 2022-23.

‘…an excellent composer and one heck of a guitarist…’ – Larry Coryell