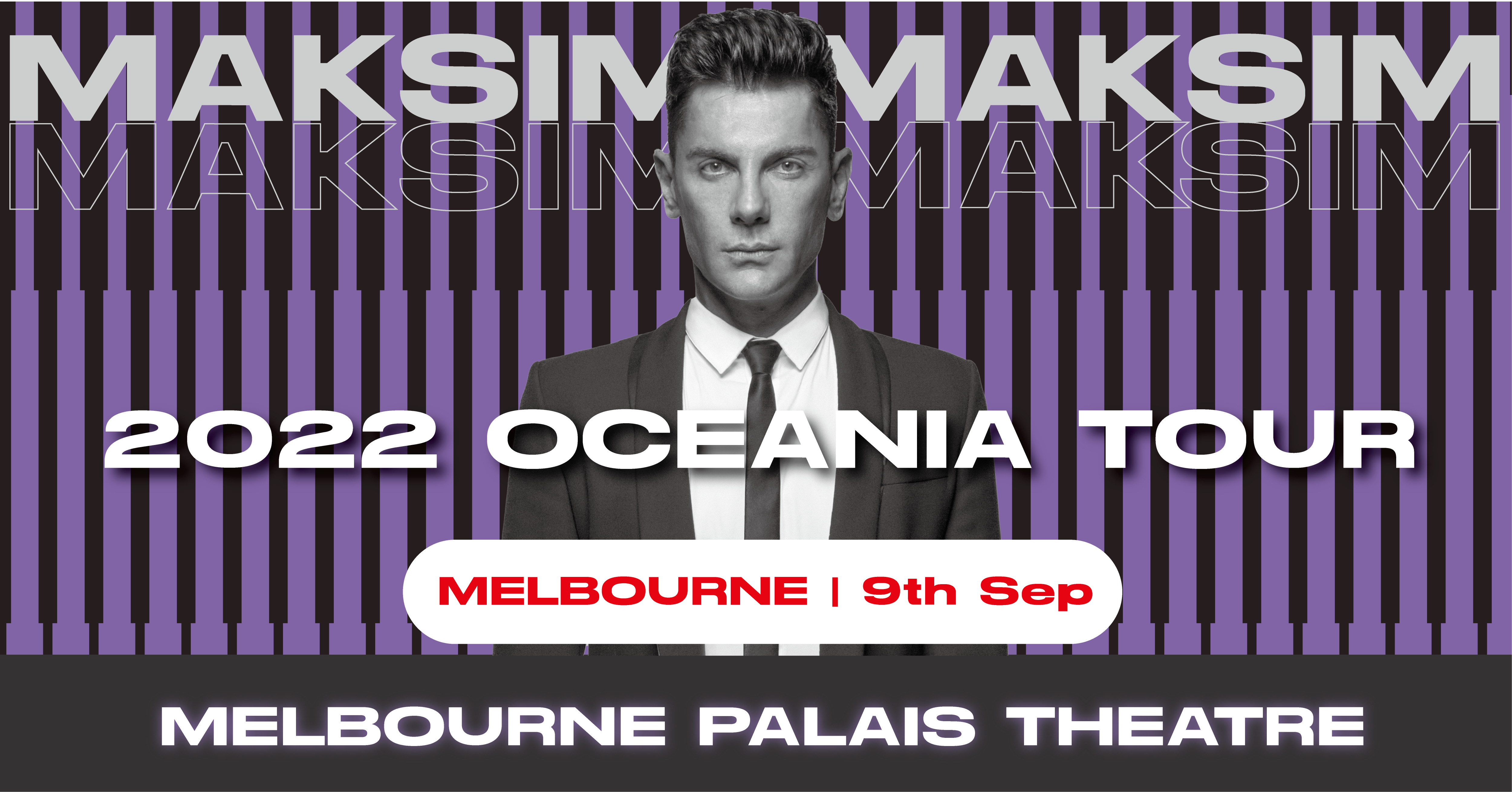 He is back! The world-renowned Cross-over pianist Maksim is returning to Australia after 3

After 3 years of waiting, the first post-epidemic world tour project comes to Oceania. The

ground-breaking Maksim is recognised as the world’s biggest-selling crossover pianist,

who’s having sold over 4 million copies of his albums throughout 57 countries, and is

returned back to Australia and New Zealand this September.

Despite once living in difficult wartime, Maksim continually persists in his music career and

has become one of the top pianists in the world. He is known worldwide for his classic ‘Flight

of the Bumblebee’, ‘Croatian rhapsody’, and ‘Mission impossible’ and has experimented with

the fusion of musical styles. He has won numerous awards including the MTV music award

for the best debutant of the year in Asia.

will bring the best music and the most comprehensive exposure channel to you!