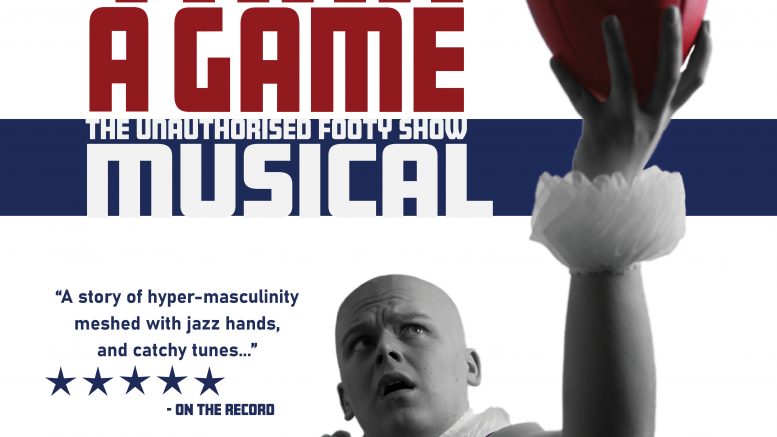 The siren blows, games on! We invite you to join us for the opening
night of our comedy musical More than a Game – The Unauthorised Footy Show Musical – August 25th Thursday, 7:30pm at the Chapel off Chapel.

More than a Game: The Unauthorised Footy Show Musical 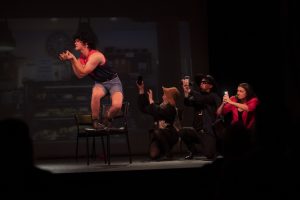 More than a Game – The Unauthorised Footy Show Musical is a raucous and cheeky take on the out of shape and out of touch men that long ago were famous for their exploits on the football field, and now sink to desperate lows to stay in the limelight. It’s an hour-long comedy musical based on real-life football ‘stars’.

The inspiration for this story is from a ‘very special’, very public episode of The Footy Show,  where Billy Brownless is forced to confront his ‘feelings’ about the relationship between his ex-wife, Nicky and his backstabbing mate, Garry Lyon. In More Than A Game, we use this to frame Billy’s perspective as he flashes back through his past in an attempt to understand and piece together his broken relationships. Akin to Shane Warne The Musical, you don’t have to know anything about football to enjoy More than a Game – The Unauthorised Footy Show Musical. 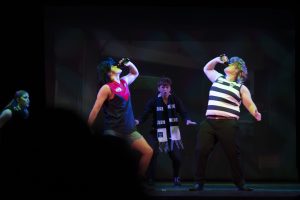 With a young cast of six singing and dancing actors and a full four piece band More Than A Game will electrify Chapel off Chapel’s The Loft stage.  An hour of original music and comedy will have the audience crying with laughter and dancing in their seats.

Reviews:
On the Record:   https://ontherecordunisa.com.au/2021/03/03/review-more-than-a-game-the-unauthorized-footy-show-musical/