Model and TV host Erin Holland broke down in tears during her SAS interrogation as she detailed a frightening home invasion she slept through.

The 32-year-old television host sobbed as she told the ruthless SAS staff about losing her aunt in 2020 and being unable to see her partner for over six months, leading her to seek medication to help her “calm down and sleep”.

Sobbing while recalling the tough year she had, Holland went on to reveal she was left to feel unsafe in her own home after falling into a deep sleep and not waking up when three men broke in.

“I actually got broken into by three guys on a Saturday morning at 4am while I was asleep upstairs,” she explained.

“I never take any anti-anxiety meds or sleep aids and I did that night. Luckily they didn’t come into the bedroom and it wasn’t until the next day when we saw all the footage that we figured out what had happened.

“That almost made me feel worse that I was so completely unaware, so there wouldn’t have been any chance to protect myself or help myself in that situation.”

Through tears, she told the instructors she was “shocked” by how she felt after the incident, going on to say she couldn’t believe she had “made herself extra vulnerable” by using medication to help her sleep.

“I thought I was really independent and really confident but the way that I responded to that moment really shocked me.

“To know that made myself extra vulnerable being knocked out asleep upstairs by myself …,” she said, breaking down further.

Comforting her, one of the hard-talking instructors said: “I think that vulnerability is guilt, which you don’t need.”

Another added that it wasn’t her fault, convincing her to try and let it go and start “being more positive and proactive”.

Elsewhere in the episode, Holland failed to keep up during the challenge, leaving the other contestants forced to endure gruelling exercises set by instructors until she completed the course.

Unable to continue after multiple attempts, the model eventually tapped out of the competition entirely, becoming the second celebrity recruit to voluntarily exit this season after socialite Brynne Edelsten left just six hours into the first day citing a knee injury.

As she packed up her belongings, Holland made a heartbreaking admission.

“Getting past feeling like a failure is going to be really big for me,” she said.

“I always beat myself up with im not performing well or towards the front of the pack, even if it’s something that I have no right to be good at because it’s not one of my strengths.”

She had earlier revealed that she was determined “not to be terrible” on the show in order to prove herself to the public.

“My personality comes across as quite confident, but it’s completely the opposite,” she explained.

“I worry that I’ve opened myself up to vulnerability by saying yes to something that I’m probably not physically ready for, but I also wasn’t ready to give up on an opportunity that was really going to completely change my life and I have no doubt that it will do that.

“I wanted to try and take back a bit of that confidence and hopefully that helps me get past a few demons that I have as a vulnerable person,” she said of why she took on the challenge. 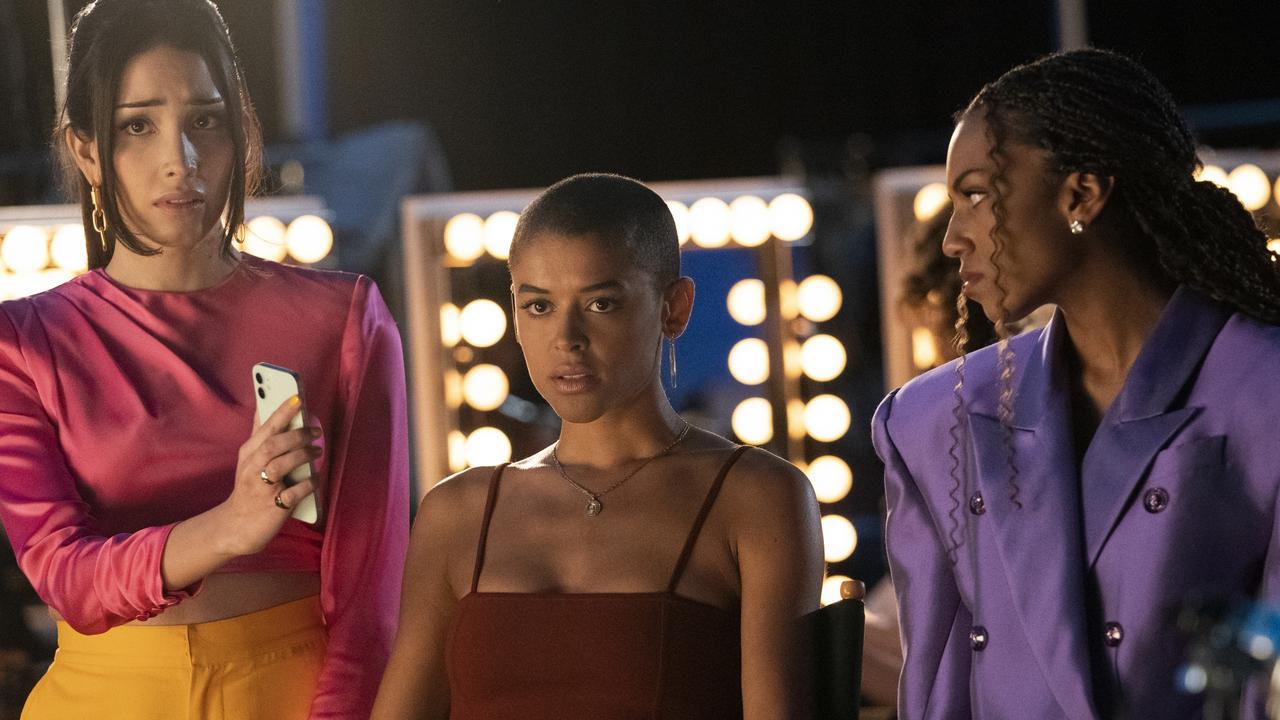 Kaley Cuoco has an ‘iron-clad prenup’