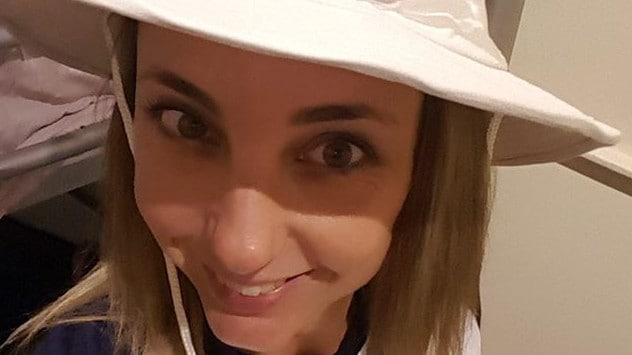 A Victorian supermarket worker has made an impassioned plea to Melburnians to heed the new COVID-19 restrictions, after she saw people flouting the rules less than 24 hours after they came into effect.

Olivia Crockford penned an open letter Facebook where she called out customers for doing the wrong thing.

“To the fearful, we are not counsellors or psychologists but I hope we were able to wase your fear a little bit,” she wrote on the Mamamia Outlouders Facebook page.

“To people panic buying, please just stop unless it’s toilet paper. We have loads out the back and could use the space.

“To the people complaining about the panic buyers but also having a trolley full to the brim of items, you don’t fool us.

“To the people asking in a panic when we’re getting more meat, tomorrow and the the next day and the day after that. Please buy responsibly.

“To the old lady who stuck her hand under her mask to lick her finger so she could separate her notes, I hope my delivery was kind yet stern enough that you now know that that practice is unacceptable in the current climate. (Well, really at any time. It’s super gross.)”

Ms Crockford worked from 6am on Monday, the day after Premier Daniel Andrews announced a stage four lockdown would start from 6pm on Sunday.

Only one member of a household is now allowed to visit the shops per day and they can only go once.

But on the first day of the tough new measures, Ms Crockford told the NCA NewsWire she observed several people flouting the rules.

“I think it’s that thing of people have their routines and they find it really hard to break them,” she said on Monday.

“They wear their mask so they think they’re OK.”

The 32-year-old — who works at Patterson Lakes, southeast of Melbourne — said she didn’t want to sound like she was having a go at her customers, but at the same time seeing people blatantly ignore the rules was taking its toll.

“This is the third time around we’ve had lockdown,” she said.

“To the people I served more than once today, did you really need to come back again?” she wrote.

“To the regulars I serve every day, sometimes twice a day, same question.”

Ms Crockford said she decided to write the letter because she was feeling emotional after the stage four restrictions were announced.

“It was a really long day yesterday,” she said, explaining panic buying had been in full swing ahead of the premier’s announcement.

Ms Crockford said while she was hopeful the tougher measures would help reduce the state’s COVID-19 numbers, part of her also felt a sense of hopelessness.

“I wish they’d just done this three weeks ago,” she said.

“Recently I was driving home from work at night and I would see people walking to other people’s houses.